Command git diff allows you to see the difference between different states. For example, README and .gitignore files have been changed in repository.

Command git status shows that both files have been changed 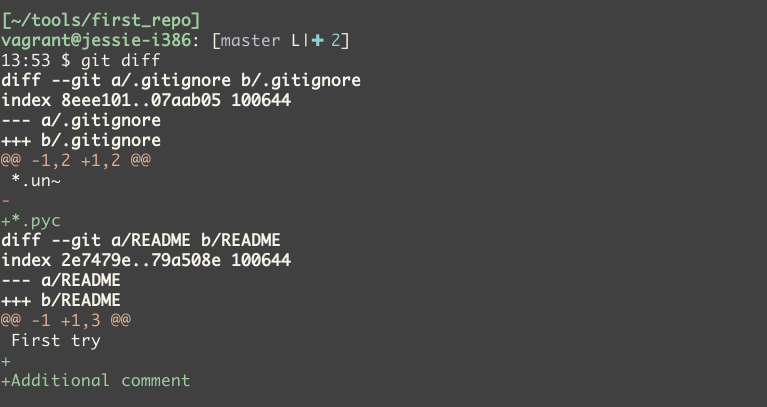 If you add changes made to staging via git add command and run git diff again, it will show nothing

To show the difference between staging and last commit, add parameter --staged 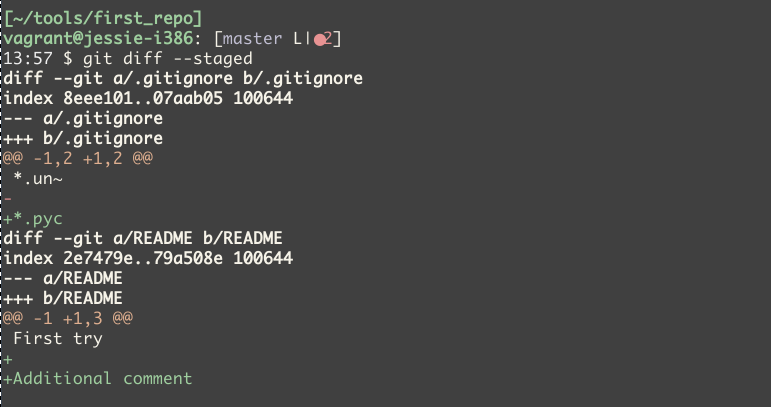 Command git log command shows when last changes were made

By default, command displays all commits starting from the nearest time. With help of additional parameters it is possible not only to look at information about commits but also what changes have been made. 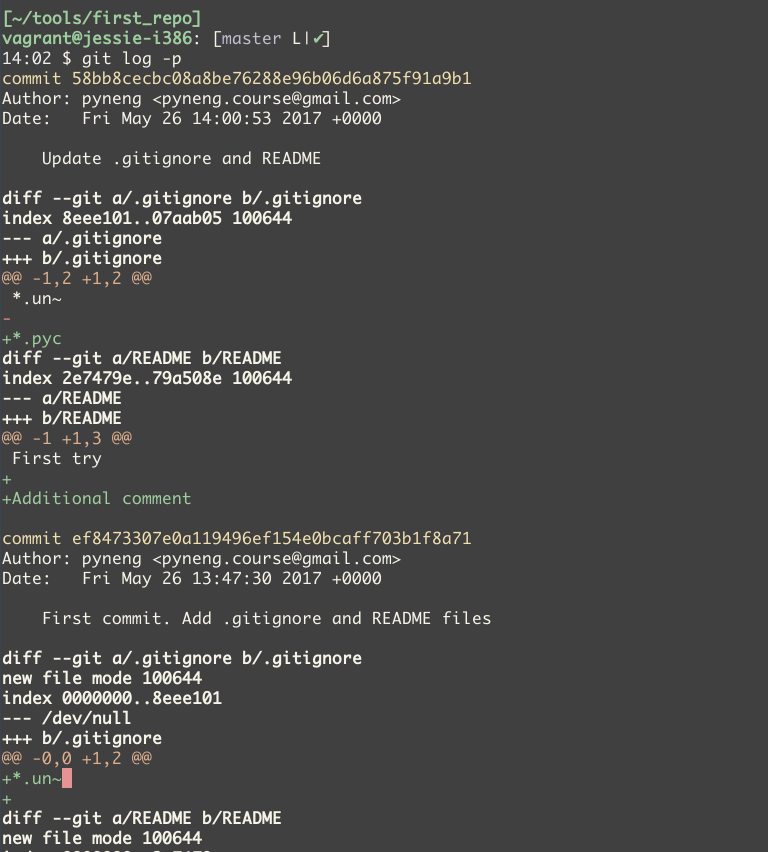 Shorter output option can be displayed with flag --stat 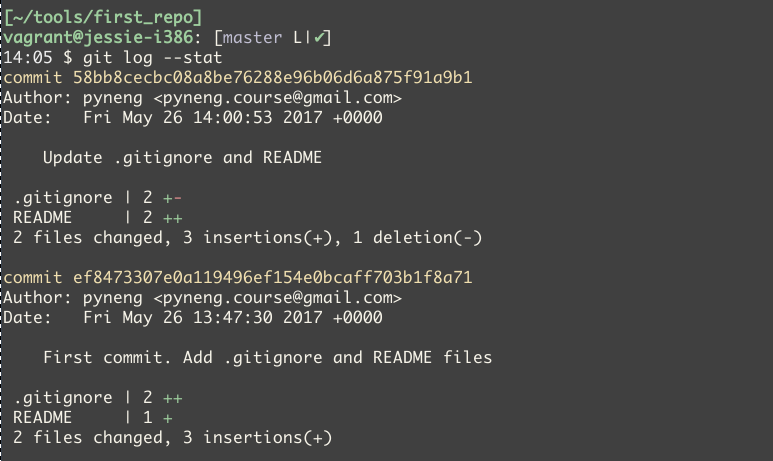